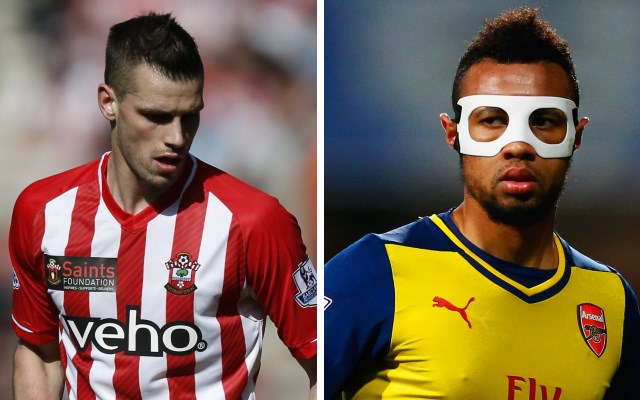 The emergence of Francis Coquelin has reportedly led to Arsenal dropping plans to revive their interest in Morgan Schneiderlin this summer, but is this a good decision?

The France international has been linked with a move to the Emirates Stadium for the last few transfer windows, but he was denied his move away from the club during the summer exodus from St Mary’s Stadium.

This season, another French midfielder, Coquelin, has emerged as key figure for Arsenal as the club have improved their form and their standing in the Premier League.

The Daily Mirror have reported that, with Coquelin having filled the void in the heart of the Gunners’ midfield, Wenger is no longer planning to bring Schneiderlin to North London.

But is this a good decision?

However, when he considering interceptions made, Coquelin is the best in the division.

However, in terms of passing—Schneiderlin averages more per game (62) than Coquelin, who manages a more meagre 42.8. The Alsacian’s pass success rate (89.4 percent) is also superior to the current Arsenal man’s (83.2 percent).

If Wenger decides to drop his Schneiderlin interest and stick with Coquelin, will he be making the correct decision?