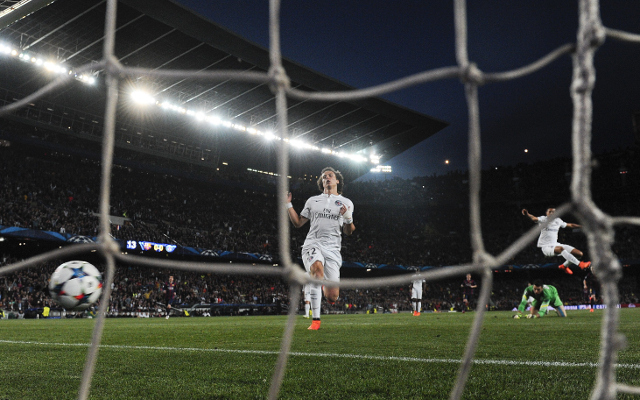 David Luiz was humiliated by Luis Suarez in Paris Saint-Germain’s first-leg Champions League quarter-final tie with Barcelona, and his embarrassment continued into the second-leg at the Camp Nou.

It’s arguably got even worse, as the fiery Roy Keane has spoken of his sympathy towards the Brazilian following his two performances to forget on the European stage.

After being nutmegged twice by Suarez at the Parc des Princes, Luiz must have spent much of the last week working out how he could avoid a repeat of such misery when the two sides were to meet again a week later.

However, the former Chelsea defender was largely at fault for both of Neymar’s finishes on Tuesday night – hovering in no man’s land, as his international team-mate sent the ball into the back of the net with ease.

Roy Keane, arguably the most hot-tempered man in football, has said that he actually feels sorry for the centre-back in his ruthless assessment of his performance.

“I actually feel sorry for him. He just looks lost, again we spoke about him before the game,” as quoted by the Metro.

“You’ve got to give the boy sympathy, a little bit. Because he doesn’t look like he knows what he’s doing.”

The Spanish giants have cruised into the semi-finals with a 5-1 aggregate scoreline – in what is the third successive time they have reached this stage of the tournament.