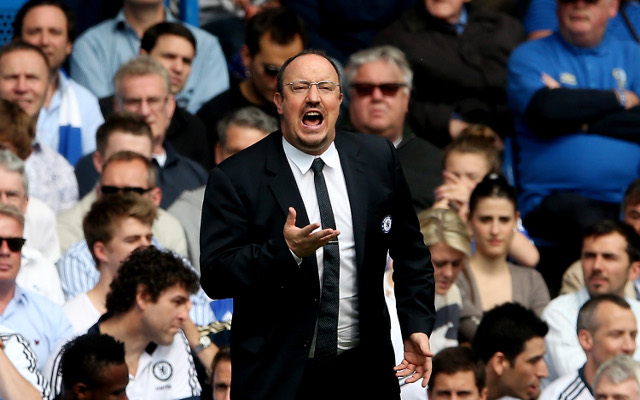 Former Liverpool and Chelsea boss Rafael Benitez, who is currently managing Italian outfit SSC Napoli, is reportedly eyeing an interim role at Manchester City if Manuel Pellegrini’s is given the boot.

Benitez’s contract with Napoli is set to expire in the summer, and reports suggest that the Spaniard is vying for a return to the Premier League.

Pellegrini looks destined to face the sack at the end of the season, as the reigning English champions have performed well below that of what was expected this term.

The Citizens were again knocked out of the Champions League at the last 16 stag. They were also embarrassingly beaten 2-0 by Championship outfit Middlesborough in the FA Cup fourth round, and are currently sitting 12 points adrift of league leaders Chelsea – who have a game in hand.

With this in mind, it seems that the Chilean’s time at the Etihad Stadium could be up.

The Daily Star report that Benitez is paying close attention to the managerial situation at Manchester City, and would be willing to accept an interim role – if it were to be made available.

According to information in the Star, Pep Guardiola – not Jurgen Klopp – is the man they want to replace Pellegrini, and as such could be tempted into offering the former Reds manager a 12-month contract, as they wait for Guardiola’s deal with Bayern Munich to run down.

A source close to Benitez said: “He has always wanted to work in the Premier League again because he thinks it’s the best place to be.

“It would have to be the right offer for him and managing Manchester City appeals to him. It’s something he would definitely be keen on.”

The Sky Blues hierarchy will be boosted by the memory that, as interim boss of Chelsea, he led the Blues to a Europa League title in the 2012-13 season, despite the controversy raised over his appointment.

The 55-year-old still owns a home on Merseyside, and it would come as no surprise if he makes a return to England – it’s simply a case of which club.