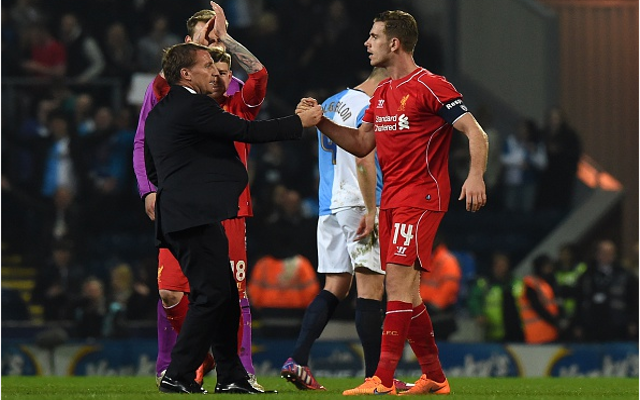 Liverpool star Jordan Henderson is set to sign a new five year contract according to the BBC.

The 24 year old has been involved in lengthy discussions over a new deal and it appears the England man is ready to commit to the Anfield side in the long term.

The former Sunderland man will pen a £100k a week deal that will run for five years and is set to replace exit bound skipper Steven Gerrard as Liverpool’s new captain.

Henderson initially struggled to impress following his £20m move to Merseyside in 2011 but last season saw the midfielder display a real upturn in form.

Though Henderson hasn’t hit the same heights in 2014/15 he is nonetheless a crucial member of Brendan Rodgers’ squad and clearly a player Liverpool value highly.

Liverpool are set to miss out on a top four finish, and the resultant Champions League berth, and as such Brendan Rodgers may struggle to secure top notch additions in the summer transfer window and as such it’s vital the Nothern Irish boss keeps hold of the club’s top talents, such as Henderson.