Anfield outfit set to ring the changes after poor campaign.

Liverpool look set to conduct a major squad overhaul after what has proven a most disappointing campaign with the Daily Mail claiming as many as ten players could be set for Anfield exits this summer.

Brendan Rodgers has seen his side fall out of the race for a top four finish, with hopes of securing Champions League qualification hanging by a thread, and watched on as Liverpool threw away the lead against Aston Villa in Sunday’s FA Cup semi-final.

Therefore it’s perhaps no surprise that Liverpool would look to shake-up their squad though the idea of ten players departing is perhaps a tad extreme.

Here are the ten players the Daily Mail claim could be on their way out this summer. 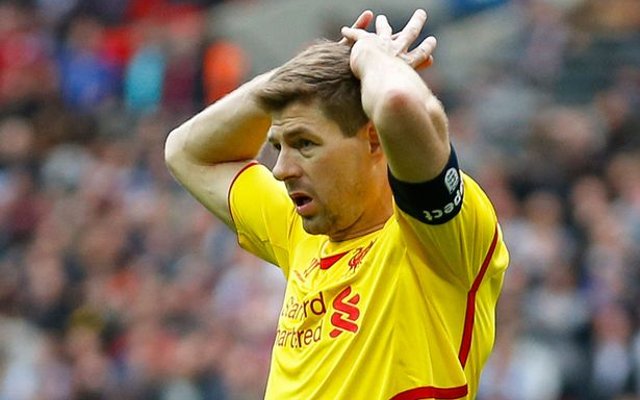 Club captain is to leave Anfield after a glittering career with a move to the LA Galaxy already completed. Arguably the 34 year old hasn’t impressed for much of the current campaign though he has still racked up ten goals in all competitions.