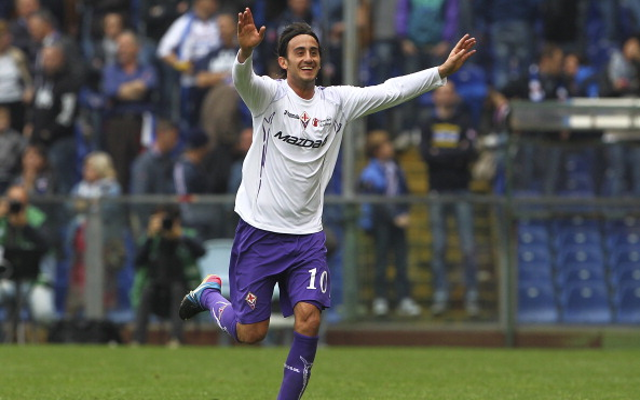 Roma are reportedly ready to re-sign their former midfielder Alberto Aquilani on a free transfer, six years after selling him to Liverpool for £20m.

TuttoMercatoWeb reports that the ex-Anfield misfit is yet to extend his contract at current club Fiorentina, and has several options on the table going into the summer transfer window, one of which is Roma.

While staying at the Viola remains a possibility, offers from his old club and teams in the USA are said to be forthcoming, with the 30-year-old ready to bid his time in order to secure the best move.

He arrived on Merseyside in 2009 with a big reputation, having established himself as a full Italy international three seasons earlier, but he was plagued by injury and poor form throughout an ill-fated three-year stint.

Aquilani made only 18 appearances for the five-time European Cup winners under then-boss Rafael Benitez, and loan spells at Juventus and AC Milan were followed by a permanent switch to Fiorentina.