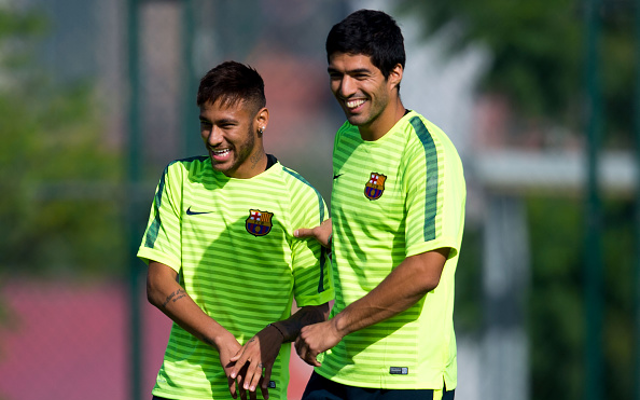 The Barcelona squad looked like they were having fun at training on Monday, with Neymar and Luis Suarez among those joking about in Catalonia.

The Brazilian was videoed lightly kneeing his Uruguayan teammate in the balls after being knocked to the ground. The former Liverpool man took it well, applauding his attacker as he got up from the blow. This will be good news for Barca, with the second leg of their Champions League tie against PSG coming up on Tuesday.

The Catalan club beat the Ligue 1 champions 3-1 at the Parc des Princes last week, meaning that they only need to avoid losing by three goals or more this time round. Although with a front line including these two and four time Ballon d’Or winner Lionel messi they may well be looking for something extra from the game.