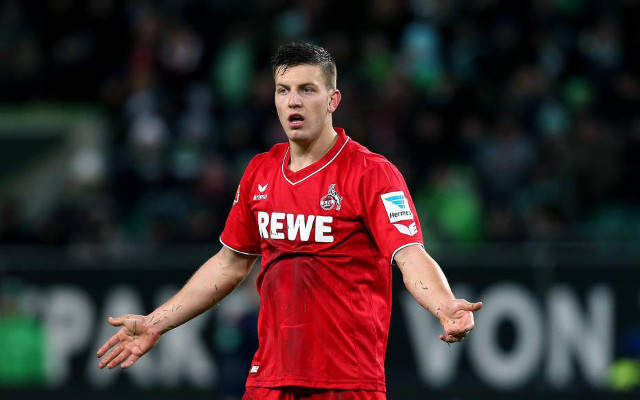 Tottenham transfer target Kevin Wimmer has confirmed that Spurs are trying to sign him from FC Koln this summer, according to Metro.

Mauricio Pochettino is thought to be on the lookout for defensive reinforcements and is actively trying to improve the back four as quickly as he can for the 2015/16 season. A main criticism of the north London side has been their defence has not been solid enough to mount a realistic top four challenge Austria international Wimmer is thought to be on the list of targets for the Argentine.

Koln have not yet secured their Bundesliga status though, sitting seven points above the drop zone, and as a result the transfer target has confirmed he will not make a decision on his future until the end of the season.

“Nothing is done yet,” he said.

“Both clubs have agreed we will at first be sure of our top-flight status. And then we will see what’s going to happen.”

The 22-year-old has been a regular fixture in the first team this season, featuring 28 times in the Bundesliga for the Cologne side and once in an international friendly for his national side.