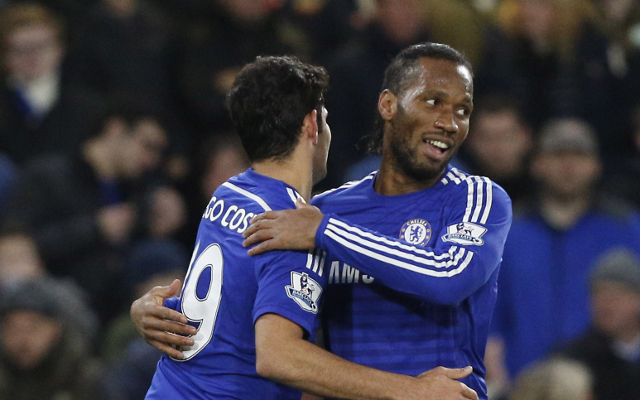 Chelsea’s bid to take a giant step towards the Barclays Premier League title has received a major boost as manager Jose Mourinho could have all his senior strikers fit and available for the trip to Arsenal at the weekend, Mirror Online reports.

Top-scorer Diego Costa has been sidelined since the 2-1 victory against Stoke City at Stamford Bridge earlier in the month after suffering a recurrence of a hamstring problem that has disrupted his debut year in England.

Meanwhile Loic Remy has missed the last two games after pulling out of the squad to face Queens Park Rangers a fortnight ago and Didier Drogba was considered a doubt for the game at the Emirates after being forced to withdraw from a charity match on Monday due to a ankle problem.

It had been suggested that all three would be unavialble game against their closest challengers for the league title but it appears those fears have been erased.

The Blues need just six points to be crowned champions for the first time since 2010 and are unbeaten against the Gunners under Mourinho.