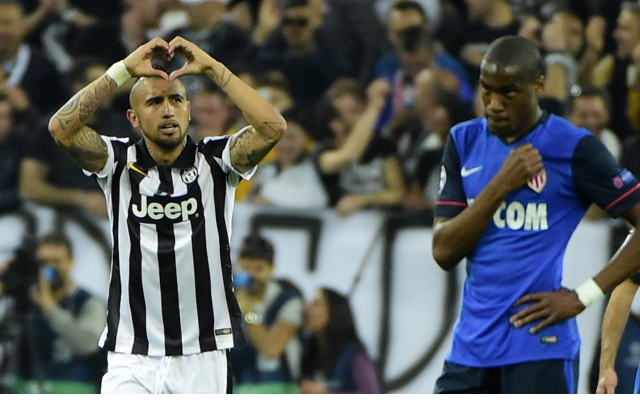 The team sheets have been released and we now know who has made the starting line-ups for the Champions League quarter-final second leg tie between AS Monaco and Juventus at the Stade Louis II stadium.

Monaco welcome back key midfielder Jeremy Toulalan, who missed the game in Turin last week through injury, but there is no place for former Chelsea defender Ricardo Carvalho at the heart of the defence.

The visitors appear to be playing in a 3-5-2 formation with Patrice Evra and Stephen Lichtsteiner occupying the wind berths.

Juventus hold a slender 1-0 lead ahead of the second leg in France as Arturo Vidal’s penalty last week is all that separates the two sides, but crucially managed to avoid the concession of an away goal. The Serie A leaders are now aiming to reach the competition semi-finals for the first time since the 2002-03 season in which they were eventually beaten in the final on penalties by AC Milan.

Meanwhile Monaco are at this stage of the competition for the first time since they reached the final 11 years ago. They have done remarkably well to get this far and knocked out Arsenal on away goals in the last round.