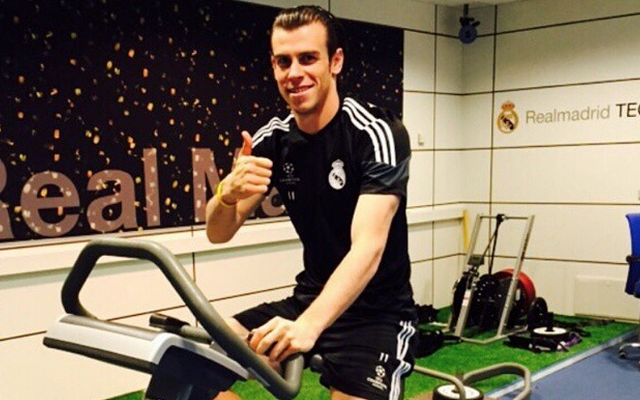 Gareth Bale has been ruled out of Real Madrid’s second-leg Champions League quarter-final at the Santiago Bernabeu on Wednesday night against Atletico Madrid, but he has tweeted a good luck message to his team-mates ahead of kick off.

The 25-year-old is ‘gutted’ to miss out on the clash with the Spanish giants’ rivals, as their quest to retain the Champions League trophy is under threat.

Here’s what Bale has tweeted before the game:

Gutted not to be playing tonight, but working hard to get back to fitness. Good luck lads!! @realmadrid pic.twitter.com/sIHrugOY3P

The Welsh wizard was unable to make a difference in the first-leg at the Estadio Vicente Calderon. He was guilty of missing a glorious opportunity to give his side the lead early on.

The former Tottenham Hotspur star has had a challenging time in Madrid this term, often at the receiving of jeers from his own supporters, yet boss Carlo Ancelotti has retained his faith in the winger, as he remains a regular in the starting line up – when fit.

The Wales international has joined Karim Benzema and Luka Modric on the sidelines, as the star trio are set to miss out on crucial weeks of action at the business end of the season.