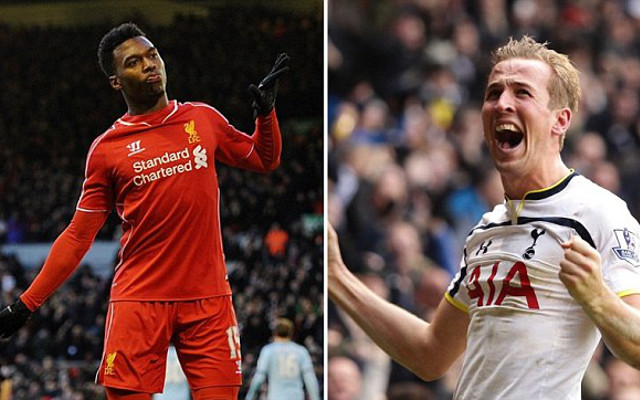 Tottenham striker Harry Kane has claimed that he is going to try to copy Liverpool forward Daniel Sturridge’s trademark dance next time he scores.

The 21-year-old has enjoyed a breakthrough season at Spurs, scoring 30 goals in all competitions so far. He is also in with a chance of the Premier League golden boot award, having netted 20 times in the competition. He is equal top scorer with Manchester City’s Sergio Aguero.

He has a chance to add to these tallies when the North London club face Southampton on Saturday. The game will be important in deciding whether either team gets in to the Europa League for next season. The White Hart Lane outfit may not actually want to qualify for it, with the extra games being blamed by some fans for their underperformance in recent campaigns.

Kane still seems to want to be competitive though, and the England international was asked by the kids on Sky Sports Game Changers what his celebration was, and he said: “I normally just put my arms out and run to the crowd – a bit of passion after that. That’s probably my one [celebration].”

When asked about the Sturridge dance he added: “I don’t think I’ve got that. I think Sturridge has got that. Sturridge is good at that.”

He may need some more practice after seeing this effort though…