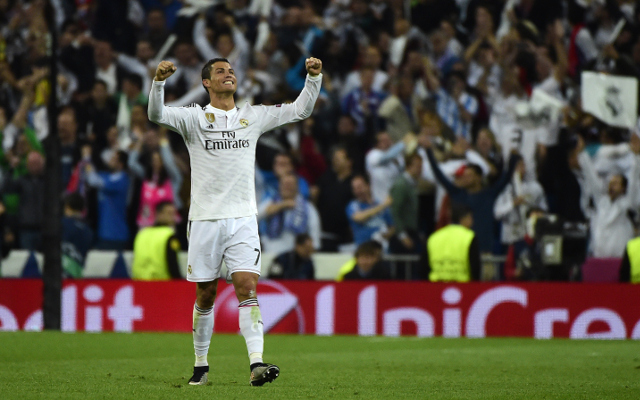 Much to the disbelief of, not only the Santiago Bernabeu faithful, but football fans as a whole, Cristiano Ronaldo unselfishly passed to his Real Madrid team-mate in the box to set up his side’s winning goal, which saw the Spanish giants progress to the semi-finals of the Champions League, ahead of neighbours Atletico Madrid, on Wednesday night.

Nonetheless, while we may speak of our surprise at such an unselfish act from the Portugal superstar – that was his 19th assist of this season – the best he has ever registered in a single career in a season.

Ronaldo is a goalscoring machine – and as a result, the unselfish side of play which, as the stats prove, has gone unnoticed throughout his career.

Nonetheless, perhaps what surprised most was not the assist on Wednesday night – but the stage on which he chose to do so.

Real Madrid needed to win; Carlo Ancelotti’s job is reportedly at stake, and a number of player’s futures – including Cristiano Ronaldo’s – are on the line.

As the match was heading into the final minutes of normal time, Los Blancos needed a goal – and it didn’t need to be spectacular.

The Ballon d’Or holder’s body position was such that he could very well have attempted to hit the far corner with an effort on his left football but, instead, he saw an unmarked and perfectly-positioned Javier Hernandez aching to be given his chance at etching his name into the Santiago Bernabeu memory books.

Ronaldo put his team ahead of having his own name etched across the front and back pages the following morning – a sign of a player who has no desire to leave his current club – but also a sign of a player that is still adapting and maturing his game.

What’s more, there may even be more to his choice to pass to Javier Hernandez than simply seeing his side reach the semi-finals of the elite European competition.

The Manchester United loanee has suffered since he moved to Madrid on loan in the summer – having spent much of his time training to little avail.

On a personal level, Chicharito needed to star on Wednesday night – and he did – but he has his team-mate to thank.

Similarly, when Gareth Bale has struggled to please the Real faithful, Ronaldo has spoken out highly in his defence to the media, and the pair seem to have an excellent relationship on the pitch, which has no doubt helped the Wales international to settle in Spain.

Cristiano Ronaldo may well have reached 30 years of age in February but, rather incredibly, his game is still continuing to evolve – and it’s this hunger to never stop thriving to improve that makes the forward a phenomenon.