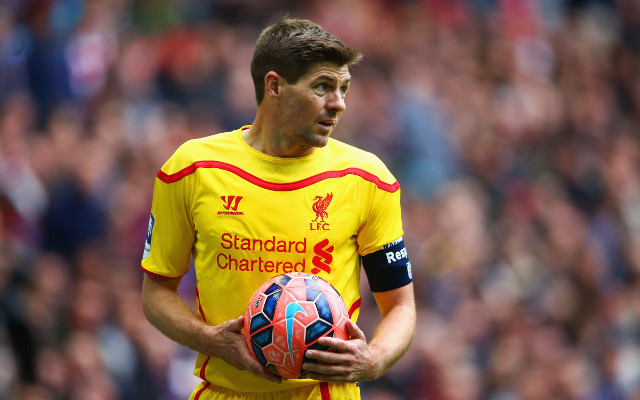 Manchester United midfielder Marouane Fellaini has paid tribute to Liverpool legend Steven Gerrard – describing the Anfield hero as the best passer of the ball he’s ever had to compete with during his career.

The Old Trafford faithful might not be too pleased to hear one of their players praising the enemy, but that hasn’t deterred the Belgian from hailing one of the Premier League’s greatest ever midfielders.

The 27-year-old has endured some tough battles with the former England captain during his career at Everton and Manchester United, and their head-to-heads have certainly left their mark.

In a Q&A session with the Red Devils’ official website, Fellaini revealed who was the best passer he’d ever played with, and against, among a host of other questions.

He admitted, that “In this team, I’d say [Michael] Carrick” is the best passer of the ball at Old Trafford, but only needed to say “Steven Gerrard” in response to the greatest he’s played against.

Meanwhile, he says Phil Jagielka and Phil Jones are the toughest tacklers, Chris Smalling and James Wilson are the quickest, Sylvain Distin and Nemanja Vidic the fittest, and Yakubu and Wayne Rooney are the best finishers he’s played with and against.

The Belgium international has been given a new lease of life under new manager Louis van Gaal, and has netted important goals against top four rivals Tottenham Hotspur and Manchester City this season.