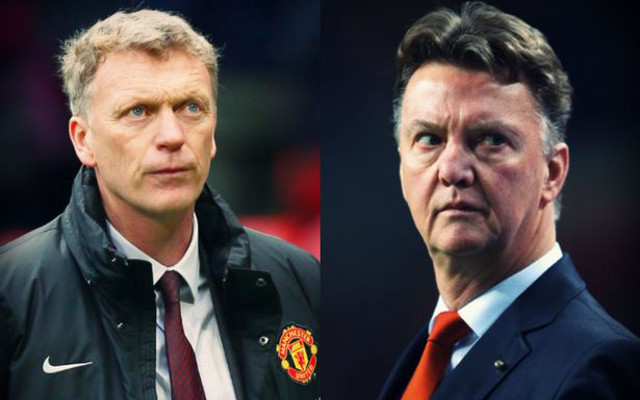 There have been question marks raised over how the club would cope without Fergie, as van Gaal, similarly to Moyes, got his career at Old Trafford off to a poor start.

There were even suggestions that Manchester United may have made a mistake in parting company with the Scotsman so soon into a six-year contract with the English giants.

The first half of the season was another disappointment for the Red Devils faithful, who struggled to break into the top four, but a resurgent second half of the campaign has seen the club come close to challenging Chelsea for the Premier League title.

According to a highly sophisticated and factual Football Manager simulation of the 2014/15 season, published by the Mirror, this is how Moyes and van Gaal would have compared this term…

The FM simulation calculated that Moyes would have finished the season on 67 points – again missing out on Champions League football.

Meanwhile, current Manchester United boss van Gaal already has 65 points – with five games of the season still to play – and is on course to lead the club to a return to the elite European competition.

Nonetheless, the Dutchman may be impressing more than his predecessor – but more is certainly expected from the Red Devils next term.