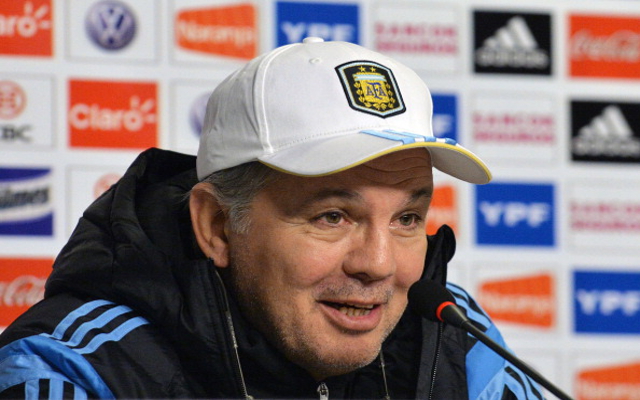 The uncertainty surrounding the future of Manchester City manager Manuel Pellegrini has taken another twist after Sao Paulo ended plans to appoint Alejandro Sabella as their new boss, because he believes he could take charge at the Etihad Stadium.

Diario de S. Paulo claims the Brazilian outfit, who set two deadlines for the 60-year-old to respond to their job offer, have abandoned the chase because he is holding out for an offer from the Blues, who could part with under-pressure Pellegrini this summer.

He is said to have set his heart on managing in the Premier League next term and is willing to turn down lucrative offers from other nations in order to land his preferred role.

Sabella, who led Argentina to the World Cup final last year only to lose 1-0 to Germany in extra-time, specifically wants to take the helm at City if Pellegrini leaves at the end of the season and he believes the champions are interested in holding talks with him if that scenario plays out.

He is currently out of work and therefore in the perfect position to bide his time until the right role presents itself.