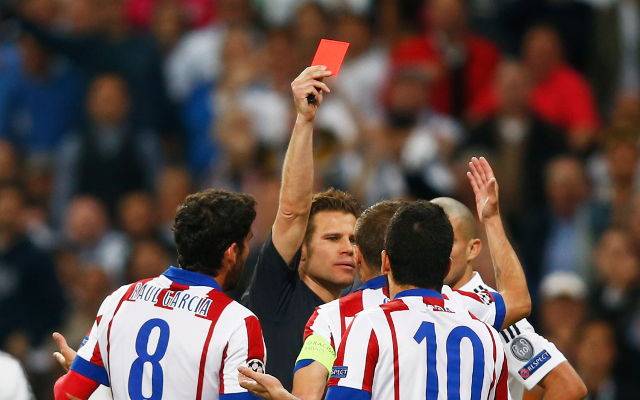 The Turkish international was given his marching orders for two bookable offences following a late tackle on Sergio Ramos with the game locked at 0-0 and while the challenge may not have warranted another booking, it was needless and ultimately cost his side a place in the semi-finals.

His dismissal came at a stage in the game when manager Diego Simeone had already withdrawn Antoine Griezmann for the more defence-minded Raul Garcia, meaning that Turan was desperately needed to support the lone striker in Mario Mandzukic. However, his moment of madness changed everything as the away side were left with little threat in attack.

Despite not posing much of a threat going forward throughout, Atletico were realistically one goal away from progressing as Los Blancos would have needed to score twice inside the last 10 minutes to avoid elimination on the away goals rule.

Their defensive set-up had frustrated the home side up until the incident, but trying to resist an onslaught with a man less would ultimately be Atleti’s downfall and it’s all because of an act of ill discipline from one player.

Real Madrid went on to take full advantage of the red card to win the tie with a late goal from Javier Hernandez and they remain on course to defend the UEFA Champions League.