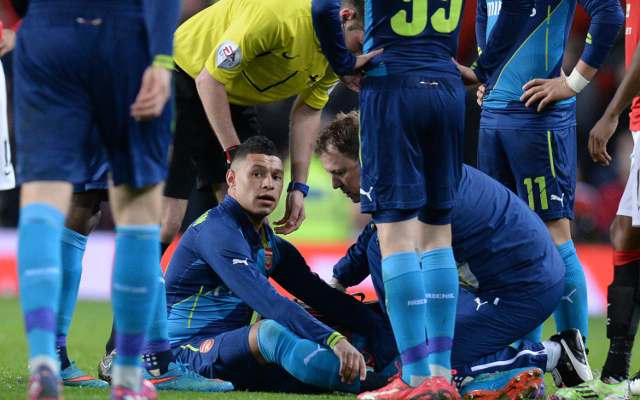 Arsenal look set to be dealt the blow of being without midfielder Alex Oxlade-Chamberlain for the rest of the season as he struggles to recover from a groin injury.

The England international winger last played in the Gunners’ FA Cup win away to Manchester United in March, but went off in that game after setting up a goal for Nacho Monreal in an impressive display.

Arsenal have been plagued by injuries in recent seasons, with this the latest blow for the club this term as big names such as Mesut Ozil, Theo Walcott, Aaron Ramsey, Jack Wilshere and Olivier Giroud all missing large chunks of the campaign at some point or another.

According to the Daily Mirror, Chamberlain is now looking unlikely to play again this season, in another setback for the talented 21-year-old as he struggles to get a run of games to work on his superb potential that he has shown since arriving at the Emirates Stadium as a teenager.