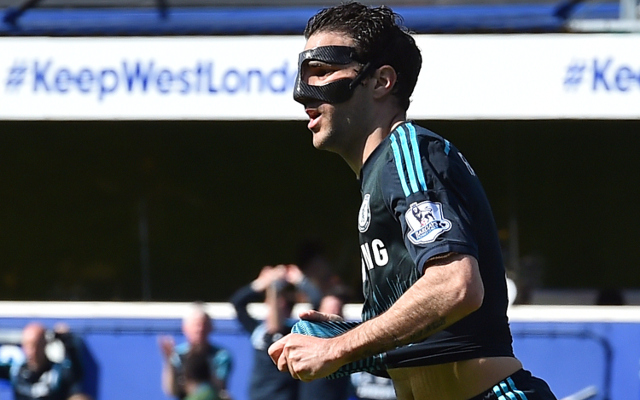 Jose Mourinho claims the lure of trophies is what persuaded Cesc Fabregas to join Chelsea in the summer, The Telegraph reports.

Fabregas only has an 2005 FA Cup medal to show for his eight-year stay in North London and is on course to triple that tally this season after already winning the Capital One cup earlier in the campaign and his new side are just two victories away from being crowned Premier League champions and Mourinho says being successful was a key selling point:

“I know why he chose Chelsea. I can’t talk about the decision for him leaving Arsenal, or what stopped him going back. I don’t know if it was the manager’s or his decision. I just promised him we’d build a team very adapted to his style of play.” (via The Telegraph)

“And that he was going to be an important player in our project. And that, normally, good projects end with titles. He was looking for that.”

Speaking ahead of the game against Arsenal this weekend, the Blues manager has attempted to add fuel to the fire by insisting the Spanish international playmaker should receive a similar reception that former Chelsea midfielder Frank Lampard got when he returned to Stamford Bridge:

Fabregas left the Emirates in the summer of 2011 to join his boyhood club Barcelona but his move back to England with one of their fiercest rivals is what seems to have angered Gunners fans.

If Cesc Fabregas ever comes back to England #AFC is the club he’d join. “Once a gunner always a gunner.” pic.twitter.com/6X3lFmVr4M

Upon his departure he posted a message on Twitter revealing his affections for the club but after signing for the West London outfit last summer it appears that the relationship between player and former club has turned sour and the reaction he receives on Sunday will be interesting.