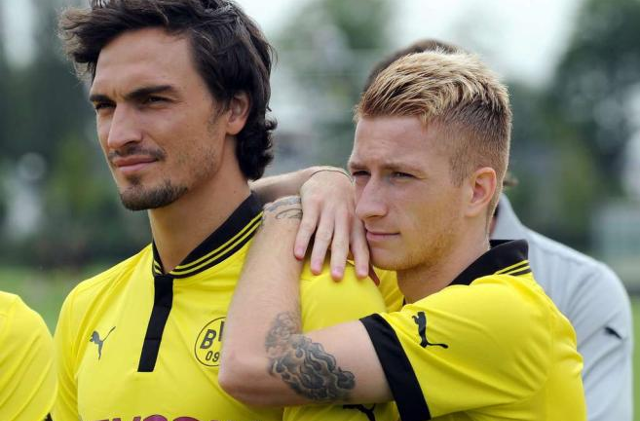 Manchester United are reportedly progressing in talks to sign Borussia Dortmund defender Mats Hummels ahead of the likes of Chelsea and Arsenal.

The Red Devils look the favourites to land the world class German international, who is likely to leave Dortmund at the end of this disappointing season in the Bundesliga.

Despite normally being challengers for the title in Germany, Dortmund don’t even look guaranteed a place in Europe this term, which has led to the decision of manager Jurgen Klopp to quit the club as well.

Hummels seems set to follow his manager out of the exit door, with reports in the Metro stating that United are offering wages of £135,000 per week to the 26-year-old, who is valued at around £21.5m by his club.

Chelsea and Arsenal look outsiders to win the race for Hummels’ signature, with United’s big-money contratc likely to swing the move in their favour this summer.