Tottenham are acting fast to get their transfer business done early this summer before they attempt another top four challenge in the coming season, according to The Evening Standard.

The 25-year-old winger has a contract running until 2016 and while his club value him at £20m, he will be available to leave for nothing should they not agree to sell beforehand.

Also playing in the Europa League match were defenders Stefan Savic and Domagoj Vida, team-mate of Yarmolenko, with a centre-back firmly on Spurs’ summer shortlist.

Savic already has experience of playing in the Premier League after the Montengrin spent a frustrating year with Manchester City in which he played in just 11 games.

A year later, Savic moved to Fiorentina as part of the deal for the Citizens to sign Matija Nastasic, who is also no longer at the Etihad Stadium, and has gone on to impress in Serie A.

Vida, on the other hand, plays for Dynamo Kiev along with Yarmolenko and has made 16 appearances in the Ukrainian Premier League for his side so far. The Croatian has a contract until the summer of 2018 and it is thought would cost in the region of £8m, but at 25 years old would offer more experience to Mauricio Pochettino’s back four. 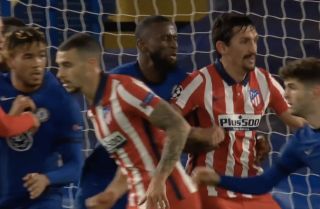