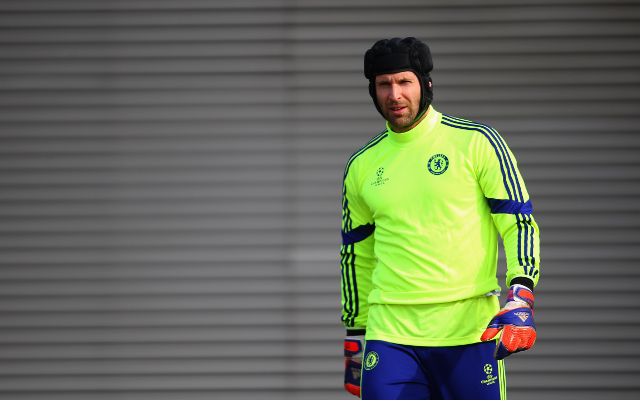 Chelsea goalkeeper Petr Cech has become a summer transfer target for Paris Saint-Germain as speculation grows over his long-term future at Stamford Bridge.

The Czech Republic international has attracted surprise interest from Chelsea’s Premier League rivals Arsenal and Liverpool ahead of the summer, but it may now be that he will head to France instead.

Chelsea would surely rather not sell one of their best players to another English side, with Cech still regarded as one of the finest goalkeepers in the world on his day, despite losing his place to Thibaut Courtois at the start of this season.

According to the Daily Mirror, PSG are ready to try their luck with a bid to bring the 32-year-old to the Parc des Princes for next season, with Laurent Blanc’s side keen on a new number one to provide an uprgade on current first choice Salvatore Sirigu, despite the Italian’s impressive displays in that position.