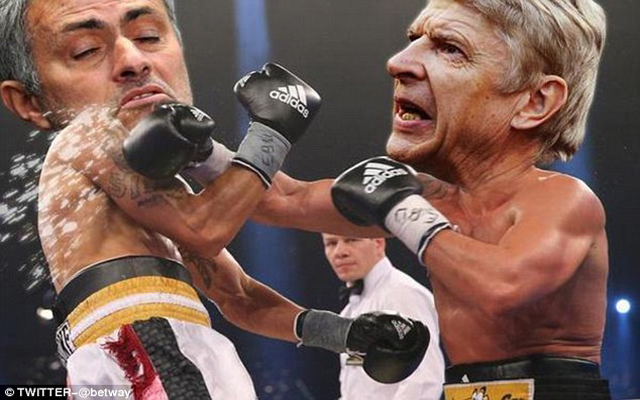 Chelsea manager Jose Mourinho has accused Arsenal boss Arsene Wenger of failing to apologise to him for a shove during the last encounter between the two sides, reports the Daily Star.

The Frenchman accosted his counterpart while protesting a tackle by Gary Cahill on Alexis Sanchez when the teams played in October. The Blues won the match 2-0, but more were talking about how the managers behaved than the result afterwards.

Mourinho has now brought the episode up again with the London rivals facing each other on Sunday. The 53-year-old claims that Wenger has never apologised for the incident.

Asked if his opposite number had apologised, the former Real Madrid man said: “No, but I don’t need that.” He also answered on whether he feels Wenger deserved a stadium ban for his actions: “I don’t feel, I know.”

There has been a long running feud between the coaches, stemming from their clashes in the Portuguese’s first spell at Stamford Bridge. During his original tenure Mourinho accused the Gunners boss of being a voyeur for talking about the Blues too much, reported the BBC at the time.

Should Chelsea beat the Emirates outfit on Sunday it will leave them just three points away from winning the Premier League title.