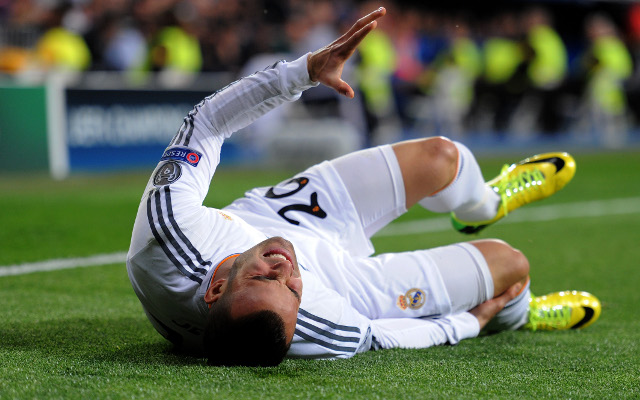 Real Madrid striker Jese Rodriguez reportedly intends to quit the club after being overlooked for selection in the Champions League quarter-final clash with Atletico Madrid.

On-loan Manchester United hitman Javier ‘Chicharito’ Hernandez got the nod from head coach Carlo Ancelotti and repaid the Italian’s faith by netting the winner with three minutes of the contest remaining – leaving team-mate Jese in what AS describe as a “terrible mood”.

The selection snub angered the Spaniard and the fact that Hernandez won the game compounded his personal misery, leading him to tell his inner circle that he will leave the Bernabeu when the transfer window opens.

It has been a season to forget for the 20-year-old, who has scored only two goals in 26 appearances in all competitions.

Having already spent one season on loan in Spain, with Deportivo, he may feel the time has come to seek a new challenge overseas this summer.

Real’s options in the final third of the pitch mean they are unlikely to fight to keep him if they receive an acceptable offer in the coming months.