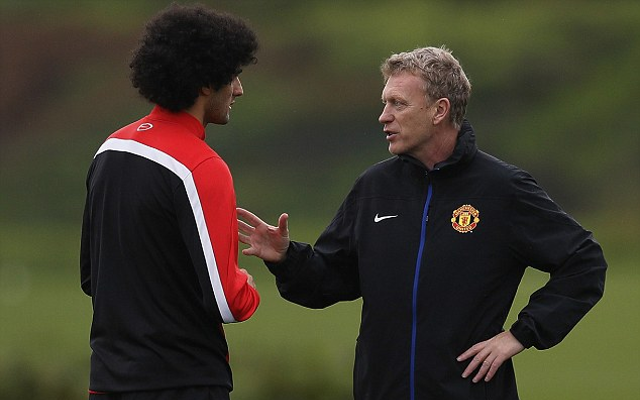 Manchester United midfielder Marouane Fellaini says it was necessary for David Moyes to leave Old Trafford to help him settle and achieve his true potential.

The Belgian international followed Moyes from Everton to United last summer, and performed very poorly in his first season with the club as the Red Devils struggled in general, finishing 7th in the Premier League.

Moyes, now at Real Sociedad, received much of the criticism for the poor performances and was duly sacked before the end of the 2013/14 campaign, but Fellaini also became something of a scapegoat due to being the Scot’s most high-profile signing of his reign.

The 27-year-old has been much improved this season under new manager Louis van Gaal, and in an interview with the Daily Mail, he admitted it has been a help to not have Moyes around, as fans too often associated the pair with each other.

Asked if it was easier for him without his old manager, he said: “Yeah, yeah, yeah. Now David Moyes is in Spain, so if I came here it would be different. We were together. People saw us like that.

“Of course I feel sorry for him, but it’s over now. Everyone thought we were very close, but he was my manager. I was close to him, but I did not live with him. I respect him but it’s not like we were best friends.”