Manchester United are supposedly close to making Borussia Dortmund midfielder Ilkay Gundogan their first signing of the summer in what would be a superb deal, so here’s five facts Red Devils fans should know about their possible new arrival… 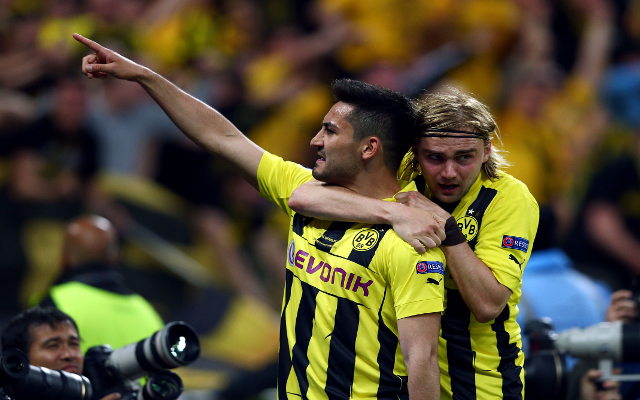 One that fans will probably remember fairly well – Ilkay Gundogan was on the scoresheet for Borussia Dortmund as they narrowly lost to rivals Bayern Munich in the 2013 Champions League final. The German midfielder stepped up to take a penalty for Jurgen Klopp’s side in the second half, slotting the ball away confidently to make it 1-1 in the second half and to cap a fine midfield display in this classic encounter at Wembley.