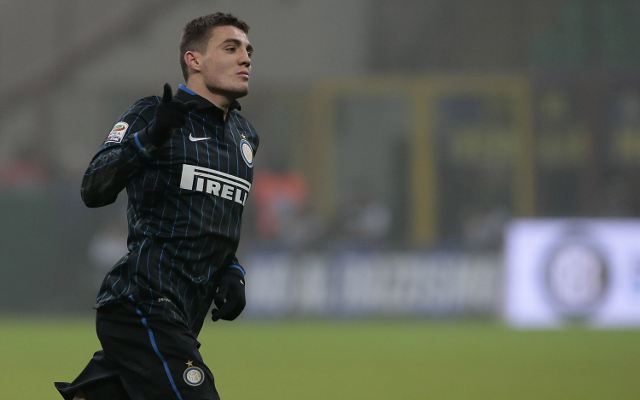 Liverpool could offer Lucas Leiva to Inter Milan in a swap deal this summer as they eye the signing of Croatian midfield starlet Mateo Kovacic, according to latest reports.

The Reds are keen to improve their options in the middle of the park for next season, with manager Brendan Rodgers set to lose long-serving captain Steven Gerrard to LA Galaxy, while other first-teamers such as Joe Allen have not done the business on a consistent enough basis.

Lucas is another who has not really done enough to command a regular starting spot at Anfield, and it now looks like the club could use him as bait in a deal for the highly-rated Kovacic, who has caught the eye in his career in Serie A so far.

According to the Daily Telegraph, Liverpool now hope they can do a deal that would see Lucas and Kovacic swap places, in a deal that could benefit both clubs.