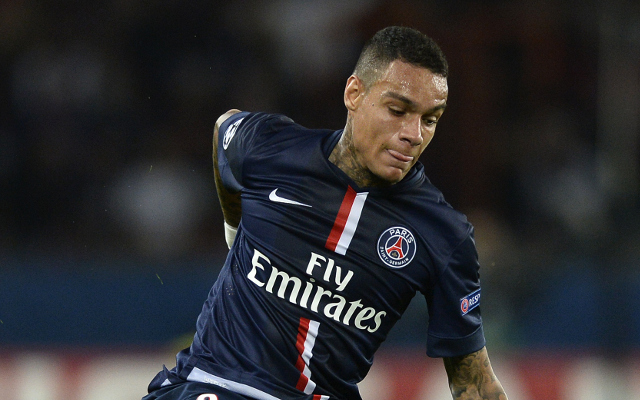 With Nathaniel Clyne seemingly moving closer to a summer move to Manchester United, Southampton are lining up Paris Saint-Germain’s Gregory van der Wiel as a replacement.

England right-back Clyne’s switch to United is set to be one of the major transfer stories of the summer, with the defender also rumoured to be in the plans of Manchester City [via the Mirror].

However, Saints fans shouldn’t fear another of their stars leaving, as Ronald Koeman already has a replacement in mind.

The Dutchman is set to turn to his compatriot, Netherlands international van der Wiel, to replace the 24-year-old, according to The Sun.

The former Ajax man is enduring a tricky season at the Parc des Princes.

While PSG remain amidst the title hunt, the right-back has delivered a series of poor performances and was found wanting as Laurent Blanc’s side were dumped out of the Champions League by Barcelona earlier this week.

PSG are rumoured to be keeping tabs on Barca’s Dani Alves and Amsterdam-based Ricardo van Rhijn as they attempt to improve their backline, which would pave the way for van der Wiel to switch to St Mary’s as Clyne’s replacement.