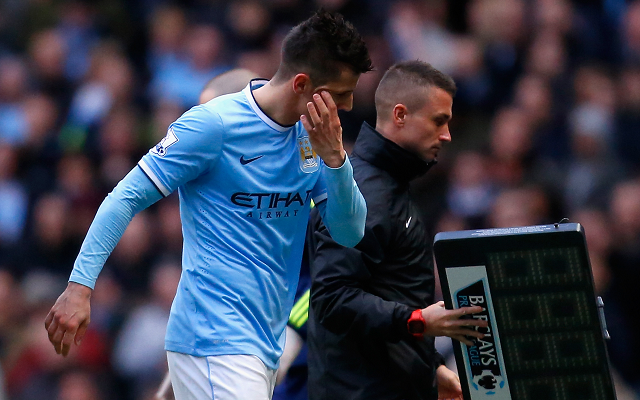 Respected Italian journalist Gianluca Di Marzio reports on his website that the former Fiorentina man is on course for a return to Serie A, two years after trading Florence for Manchester.

The striker’s representatives held positive discussions with the San Siro giants, who are now preparing for a fresh round of talks with the Blues hierarchy.

They hope to strike a deal for an initial loan spell, followed by an obligation to buy him next summer.

However, City are almost certainly not going to recoup the £22m they paid for his services in 2013, following two injury-hit seasons in England.

The Montenegro international has fallen down the pecking order at the Etihad Stadium and his nightmare worsened in February when manager Manuel Pellegrini ditched him from the club’s Champions League squad in favour of new arrival Wilfried Bony.

City are likely to push a number of players towards the exit door in the coming months following a bitterly-disappointing campaign which will end without a piece of silverware.