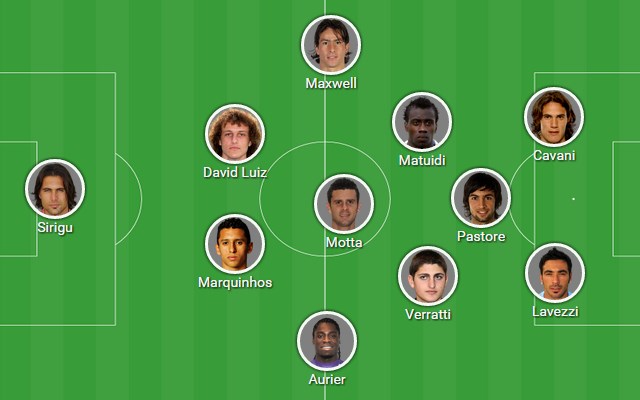 Paris Saint-Germain welcome LOSC Lille to the Parc des Princes on Saturday afternoon looking to return to the top of the Ligue 1 table.

PSG began the weekend in second place, equal on points with Olympique Lyonnais but behind their title rivals on goal difference.

Laurent Blanc will be hoping that his side can return to winning ways, putting their midweek defeat to Barcelona behind them, to heap pressure on OL—who face strugglers Stade de Reims on Sunday.

Blanc is without several key players; Zlatan Ibrahimovic remains absent due to suspension, while centre-back and skipper Thiago Silva is out through injury.

Thiago Motta has missed the club’s last five matches through injury, but he returns to the starting XI—a major boost for the capital club, who will have to cope with Lille’s combative midfield.

In attack, misfits Ezequiel Lavezzi and Edinson Cavani will hope to demonstrate what they can do in Zlatan’s absence.

They are supported by Javier Pastore, who was named as the best player in the world recently by Eric Cantona, fuelling transfer speculation of a possible summer move to one of Europe’s genuine giants, with Real Madrid rumoured to be interested.

In midfield, Blaise Matuidi and Marco Verratti flank Motta, with Yohan Cabaye—who was disappointing against Barcelona—dropped to the bench.

Serge Aurier gets the chance to impress at right back, the only exception in an all-Brazilian backline including Marquinhos, David Luiz and Maxwell.

Salvatore Sirigu starts between the sticks.