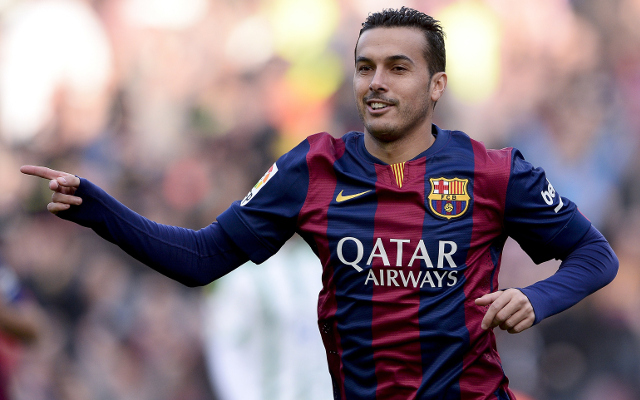 Tottenham Hotspur are interested in signing Barcelona winger Pedro in the summer transfer window, and could rival big clubs for his signature, according to French sources.

The 27-year-old’s future at the Nou Camp is in doubt this season after falling out of favour at the Nou Camp, with Luis Enrique understandably preferring big-name and big-money attacking players such as Luis Suarez and Neymar alongside Lionel Messi in his front three.

Spurs could certainly do with more options in attack due to some disappointing form from players like Erik Lamela and Andros Townsend in the advanced midfield roles, while Roberto Soldado and Emmanuel Adebayor have also failed to provide enough goals upfront.

Pedro’s record for Barca suggests he could certainly add real quality to Mauricio Pochettino’s side, though their lack of Champions League football surely makes them unlikely to snap him up, despite claims from BFM TV.

Arsenal and Liverpool have previously been mentioned as other suitors for the Spanish wide-man if he moves this summer.