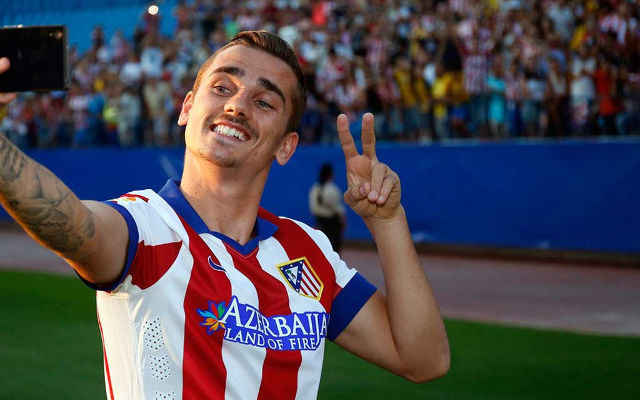 Antoine Griezmann delivered a superb display for Atletico Madrid on Saturday to remind the watching world why he is being courted by some of Europe’s major sides.

Diego Simeone’s side returned to La Liga action on Saturday looking to put their disappointing Champions League elimination at the hands of Real Madrid behind them.

They struggled to break down Elche during a stagnant first half, with the crowd visibly flat following the painful midweek exit.

Griezmann proved to be the difference-maker, leaping high to head home after Przemyslaw Tyton failed to hold an Atleti effort.

Raul Garcia made it two soon after, before former Real Sociedad man Griezmann again rose to the fore.

He finished from close range 13 minutes before the end after some fine work from Saul Ninguez.

The performance demonstrated, once again, why major sides such as Bayern Munich and Manchester United are being linked to the France international.

Griezmann is the third-highest scorer in La Liga so far this season—on 23 goals—and has scored eight in his last five matches in the Spanish top flight.