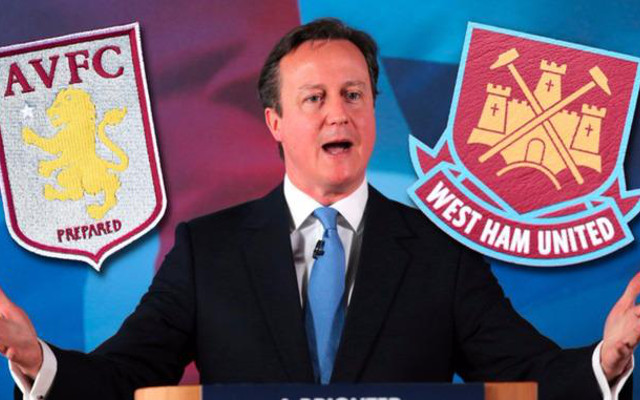 Prime Minister David Cameron said that he supported West Ham during a speech on Saturday, despite earlier claiming he was a Aston Villa fan according to the Huffington Post.

This caused uproar across social media, especially with a general election coming up. Many critics of the politician jumped on the gaffe as proof that he isn’t the down to earth man that he tries to portray.

If he really is a Villa fan, Cameron will have been having a good time of it recently. Since the appointment of manager Tim Sherwood the Midlands side have managed to move clear of the relegation zone and force their way in to the FA Cup final by beating Liverpool 2-1 at Wembley.

However, by the sounds of things the Conservative leader is unlikely to know much about this, with this slip up seemingly showing up his knowledge of the national sport. Was he just lying about his love of the Villains to create a ‘man of the people’ image?

….and my favourite ever player was Nobby Moore. He scored a point when we won the world series. #villagate pic.twitter.com/GAB7mwE5ty

Do they even play sportball at Eton, or is it all rugger, cricket and laughing at poor people? #villagate

Wonder how much publicity my beloved Aston Villa have gotten in last 24 hours. Cheers Dave! #villagate

‘Launch those nuclear missiles. Oops, I didn’t mean to say that!’ #villagate

#villagate I see your team has reached the Cup Final, Mr Cameron. ”Oh ! good, come on you Blues” 🙂 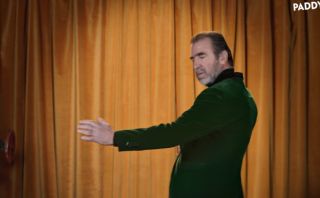