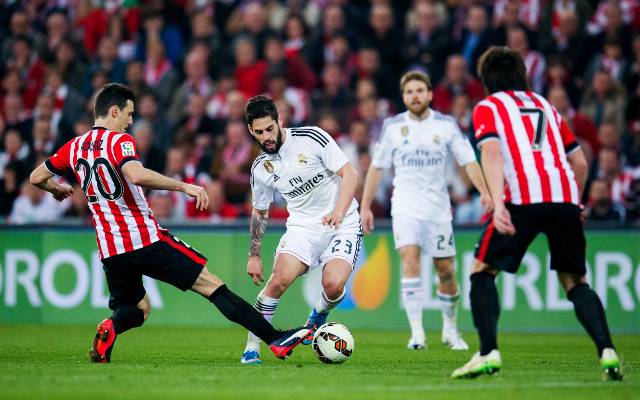 Arsenal are hot on the heels of Real Madrid playmaker Isco according to the Metro.

Arsene Wenger has long been an admirer of the 23 year old and by all accounts Real Madrid are ready to sell the former Malaga man as they consider a move for Chelsea star Eden Hazard.

A move for Isco won’t come cheap, the Bernabeu side demanding a whopping £32.9m for the Spanish international, though the Gunners have recently been willing to spend big on top talents and as such may not be hampered by the asking price.

Isco has started 22 of Real Madrid’s 32 La Liga fixtures this term but this is perhaps more down to injuries suffered by Luka Modric and Carlo Ancelotti does not appear to see the creative midfielder as a nailed down first choice starter when all his squad is fit for action.

Arsene Wenger has a host of players similar in style to Isco but may still feel that the Real Madrid man could be a worthy addition to his Emirates Stadium squad.