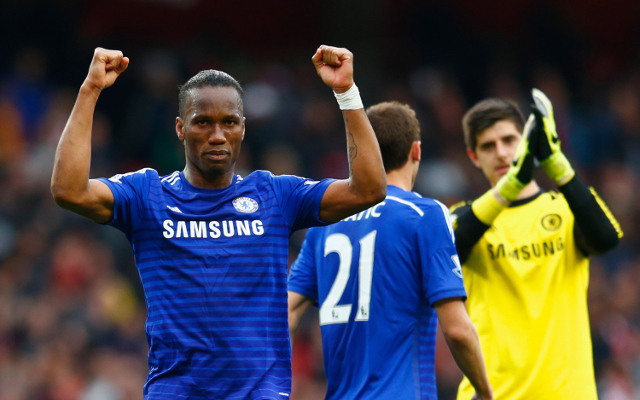 Chelsea ground out yet another result today as they defended their way to a 0-0 draw at the Emirates Stadium against Arsenal, who up until today were harbouring outside title ambitions of their own.

The result puts Chelsea just six points away from confirming their inevitable Premier League triumph, the first for the Stamford Bridge club since 2010, though fans across the country have been disappointed at their measured style of play.

Arsenal now sit 10 points behind the league leaders and remain in third, behind second placed Manchester City on goal difference only having played a game less.

An enterprising first half from the Gunners gave home fans hope that they were maybe about to see the north London club end their Chelsea hoodoo and ignite a late charge to the top of the league. Unfortunately for the fans though, they were unable to break the Blues down after they failed to make their impetus pay – despite no players playing especially badly.

FULL-TIME at the Emirates and a goalless draw means Chelsea continue to Chelsea their way to the title. #AFCvCFC pic.twitter.com/715WBuDInF

Time we stopped convincing ourselves that @premierleague is the best league. This was the most boring ‘title decider’ in the world #AFCvCFC

Boring? Who cares. They’re winners. Simple. They’ll have that shiney title to comfort them. #cfc #AFCvCFC

May watch #AFCvCFC again just to help cure my insomnia.