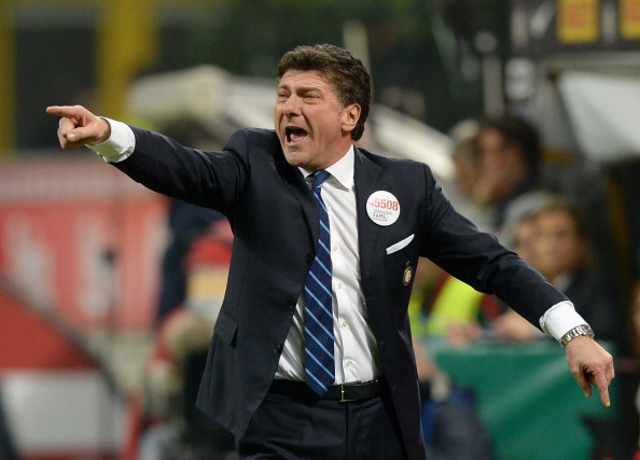 According to CalcioWeb, the 53-year-old was a guest of the Blues and went into the Etihad Stadium via the front entrance prior to their thrilling 3-2 victory.

Speculation is rife that the champions will part company with their current boss Manuel Pellegrini at the end of this term, following a bitterly disappointing 2014-15 campaign in which they have failed to win a piece of silverware.

They exited all knock-out competitions prematurely and, rather than fighting to retain their Premier League title, they have found themselves in a battle to just qualify for next season’s Champions League.

The win over Villa took them back up to second position, but third-placed Arsenal can reclaim it if they win their game in hand, while rivals Man United can still catch Pellegrini’s team.

Should they sack Pellegrini, Mazzarri would perhaps be a surprise choice as his replacement. He has been out of work since being sacked by Inter last November, following a poor run of form which led to them being languished in ninth position in the Serie A table.