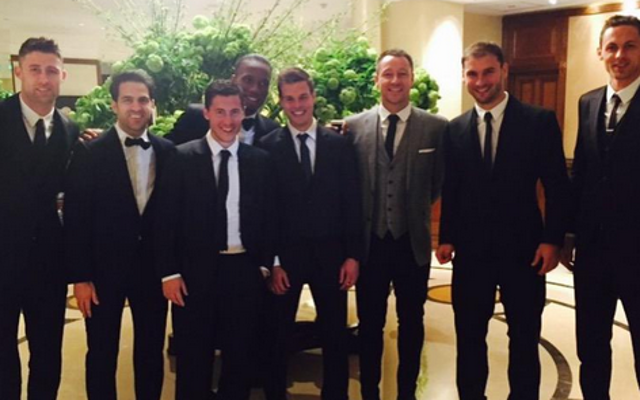 With the Premier League title all but in the bag it’s likely Jose Mourinho has allowed his side to let their hair down at the awards dinner on Sunday night.

Six of the Chelsea side made it into the PFA team of the year with John Terry, Gary Cahill, Branislav Ivanovic, Eden Hazard, Diego Costa and Nemanja Matic all being selected in the XI.

Here are three of the stars arriving for the event.