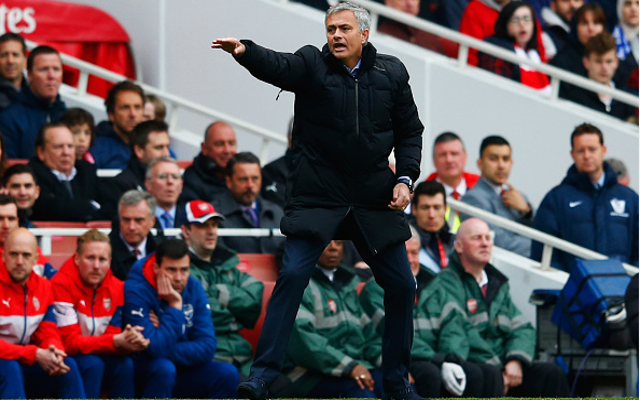 Chelsea manager Jose Mourinho expertly responded to criticism leveled at his way after his side’s fairly defensive display at the Emirates Stadium on Sunday afternoon.

When questioned on the reaction of Arsenal fans towards his side’s tactical approach, the supporters chanting ‘boring boring Chelsea’ at the final whistle, the Blues boss replied.

“Maybe they were not singing to us. When you are playing at home and take your No.9 off … maybe they wanted to see [Olivier] Giroud and [Danny] Welbeck together.” Mourinho continued.

“The boring team has scored the second most goals in the Premier League and has the best goal difference.
I think only top teams can be top of the league since day one.”

The draw means Chelsea are ten points clear of second placed Man City and third placed Arsenal and with just a handful of fixtures left to play it would take something of a spectacular collapse to lose their grip on a first Premier League title since 2010.