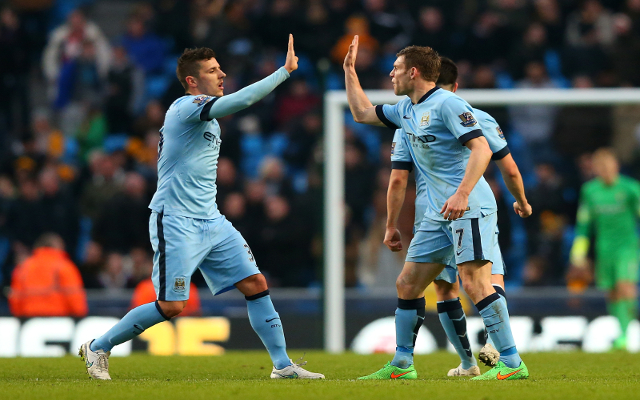 Liverpool boss Brendan Rodgers appears ready to stage a major squad re-shuffle this summer though the Northern Irishman is unlikely to be spending quite as freely as a year ago.

Rodgers spent over £100m on players last summer but the four target names by these sources indicate a more frugal approach.

The Montenegro international is valued at £16m and that may be a price Liverpool are willing to pay though they may elect to sell a striker before making such a move with the likes of Mario Balotelli, Rickie Lambert and Fabio Borini all battling for their Anfield futures.

Liverpool are also apparently keen on in-form Crystal Palace man Yannick Bolasie with the Daily Mirror claiming such a move could cost the club around £20m.

The same source believes that a move for Schalke defender Kyriakos Papadopoulos is also on the cards, the Greek international being out of contract in the summer and a useful addition to boost Rodgers’ defensive options.