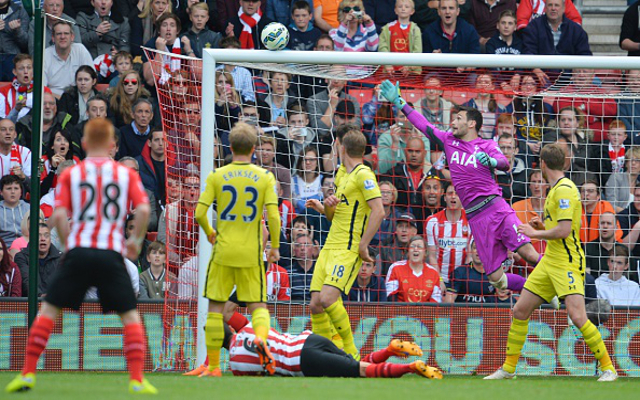 Man United are reportedly looking to land Tottenham keeper Hugo Lloris this summer according to the Metro.

The 28 year old French international is expected to leave White Hart Lane this summer with his side likely to fail in their pursuit of a Champions League berth and the former Lyon man is now seen by Louis van Gaal as an ideal replacement for David de Gea.

The Spaniard is hotly tipped to move to Real Madrid and though van Gaal brought in experienced former Barcelona man Victor Valdes it appears the Dutch manager feels Hugo Lloris is a better first choice option.

Hugo Lloris is rightly considered one of the best keepers in the Premier League and one can well see why the Tottenham man would be keen to secure a move to a club that can offer him Champions League football.

Tottenham signed Lloris in a £12m deal back in August 2012 and one imagines if they were to consider offers for the keeper then they’d demand a fair bit more for his services this summer.