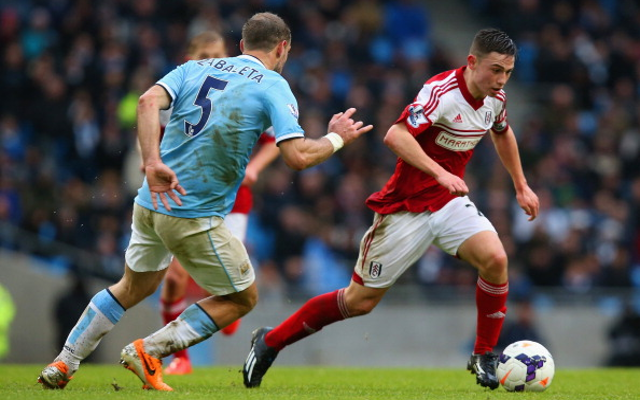 Manchester City want to rival the likes of Arsenal, Chelsea and Manchester United for the signing of Fulham’s teenage sensation Patrick Roberts this summer.

The Premier League champions look in urgent need of revamping their squad after a disappointing season that will almost certainly see them surrender their crown to current league leaders Chelsea.

One issue that manager Manuel Pellegrini needs to address at the Etihad Stadium is a lack of homegrown talent, with Roberts an ideal signing as he fits the bill as an exciting English youngster.

The 18-year-old has become a first-team regular in the Championsip for Fulham this season, and his talent has now caught City’s eye, according to the Daily Express.

Roberts currently earns just £5000 per week at Craven Cottage and can earn a huge pay rise if he makes the step up to the Premier League with City, who will be given funds to build a better squad for next season.