Brazil legend Ronaldo has admitted that he has no idea who Lyon striker Alexandre Lacazette is, during an interview with French media.

Foot Mercato reports that the former Real Madrid, Inter Milan and Barcelona striker told Canal Plus he had never heard of the forward, who is wanted by Liverpool according to the Daily Mail.

When asked about the 23-year-old’s merits as a goalscorer, retired Ronaldo replied: “Who? I have no idea who he is.” 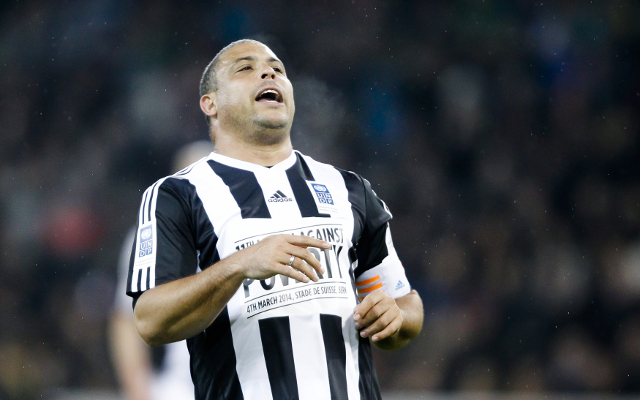 The Frenchman, who has spent all of his professional career at Lyon, could be forgiven for taking the remark as an insult, not least because he has established himself as a lethal finisher in Ligue 1 this season.

He has hit the back of the net on 27 occasions in all competitions in the 2014-15 campaign, in just 31 appearances, bringing him to the attention of Reds boss Brendan Rodgers and his transfer committee.

Liverpool are likely to embark on a recruitment drive again this summer after failing to secure a piece of silverware and falling behind in the race for Champions League qualification.