AS Saint-Etienne welcome Montpellier Herault Sport Club to the Stade Geoffroy Guichard on Sunday as they look to tighten their grip on a Europa League spot.

The pair are two of the in-form sides in the division, with both chasing down European qualification places.

Olympique de Marseille’s incredible decline—Marcelo Bielsa’s side have lost their last four matches in a row—has allowed AS Monaco to assert themselves and move into the third Champions League spot. However, ASSE may also prove to be beneficiaries of OM’s struggle as they look to climb the league.

Indeed, if Saint-Etienne can beat MHSC in Sunday’s early kickoff, they will overtake Monaco and move into the Champions League places—at least until the Club of the Principality travel to Racing Club de Lens on Sunday afternoon.

ASSE are a team whose virtues are to be found in admirable resiliency and wonderful team spirit. Their excellent recent form has been founded on defensive discipline and efficiency in attack, and they head into Sunday’s match in fine fettle.

Saint-Etienne haven’t lost in their last eight matches, winning four, and haven’t lost since the middle of February.

ASSE ought to be highly-motivated as well; not only are they on the brink of a return to Europe, but they will keen to demonstrate that their inability to defeat ten-men Lyon in their last match was not a sign of a lack of ruthlessness.

OL started that match strongly, but only managed to score once—through Clinton N’Jie. Lindsay Roses’s dismissal and Max Gradel’s penalty drew the sides level, before the Stephanois made it two just before the break, when Romain Hamouma was set-up by Benjamin Corgnet.

At this point, against ten men, Saint-Etienne should have had enough to claim the victory, but they let Christophe Jallet equalise just after the break and couldn’t find the winner.

Saint-Etienne will be without several key players against Montpellier, which may stretch their small squad to its limits.

Captain Loic Perrin is injured after picking up a thigh strain against Lyon, with Renaud Cohade and Florentin Pogba also out.

Fabien Lemoine is suspended and versatile defensive player Moustapha Bayal Sall, who could deputise for Perrin, is a doubt, again due to injury.

Expect Benjamin Corgnet to deputise for Lemoine, while Paul Baysse may be another option to plug the gaps in the backline.

Montpellier, by contrast, will almost have a full compliment of riches—only Karim Ait Fana and Morgan Sanson will be absent.

Rolland Courbis will be hoping for a big performance from striker Lucas Barrios.

The Paraguayan forward has been one of the club’s key performers this season, and while his form has occasionally been patchy, he has still managed 11 goals in 26 appearances this term.

Barrios is due to end his loan spell at the end of the season, and the coach will be hoping that his star striker can end his three-game goal drought and fire Montpellier to victory.

Having conceded only thee goals in their last six matches, Courbis will be looking for his Montpellier defence to remain resilient in the face of Max Gradel, who has also scored 11 this term. 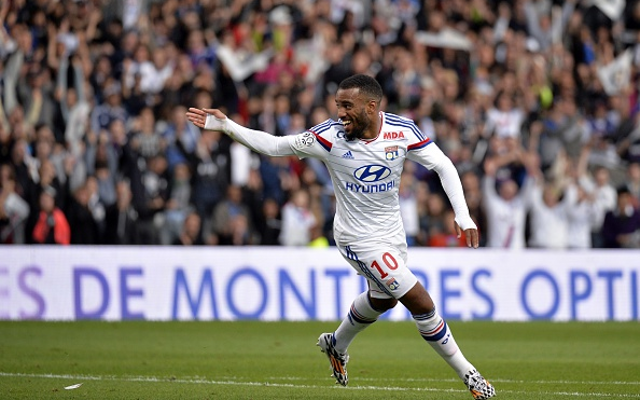