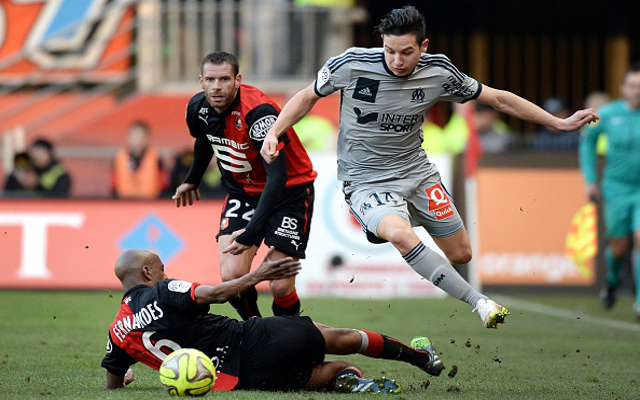 Tottenham Hotspur and West Ham United are preparing to move for an Olympique de Marseille player each in the upcoming transfer window, with Florian Thauvin and Andre-Pierre Gignac being tracked by the Premier League pair.

Both London clubs are keen to profit from OM’s desire to offload stars to raise funds this summer, according to the Mirror, and are looking to recruit two of the club’s finest assets.

It is anticipated that Spurs will renew their interest in wideman Thauvin.

The 22-year-old only moved to the Stade Velodrome in 2013, but has already captured the attention of Tottenham, who are keen to renew their interest in the player having been rebuffed in January.

While Spurs have had problems with their wide players this season, Thauvin is by no means the finished product and his purchase would represent a gamble for the Lillywhites.

Chelsea are also believed to be considering the France U21 international.

West Ham, by contrast, are keen to recruit one of OM’s most experienced players.

France international Andre-Pierre Gignac’s contract ends this summer and the forward is expected to leave the club on a free transfer.

The Hammers, like Tottenham, attempted to get their man in January, but having failed during the winter window, will try again in the summer.