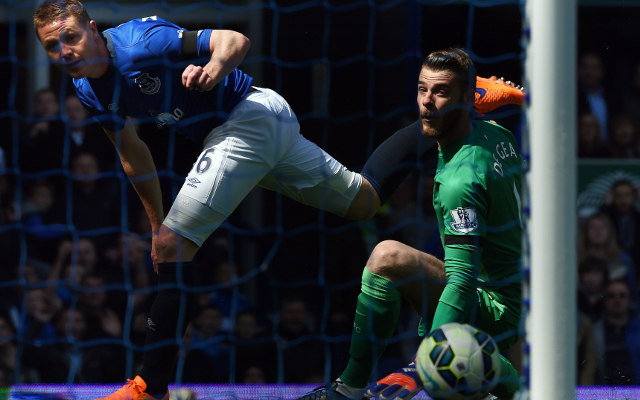 Manchester United slumped to a 3-0 loss away at Everton after a hugely below par display from the Old Trafford side in which the Toffees took advantage of hugely generous defending to take advantage on the counter attack.

Everton took just five minutes to take the lead, setting the tone for the rest of the game, with an excellent breakaway. The Toffees gleefully accepted Manchester United’s gift of slack defending as James McCarthy swept home to put his side 1-0 up.

As the Red Devils tried to get back into the game, Everton held their stale attack at arm’s length with relative ease. After a spell of successive corners for the home side, Leighton Baines whipped in for 20-year-old defender John Stones to rocket home with a bullet header for his first ever senior goal for the club.

Louis van Gaal hauled Everton old boy Marouane Fellaini off at half time and threw on Monaco flop Radamel Falcao in a desperate bid to salvage something from a game which was fast slipping from their grasp.

Falcao’s impact was, at best, limited for the away side and after Kevin Mirallas’ introduction he duly slotted home after another impressive Toffees counter to seal a comfortable victory.