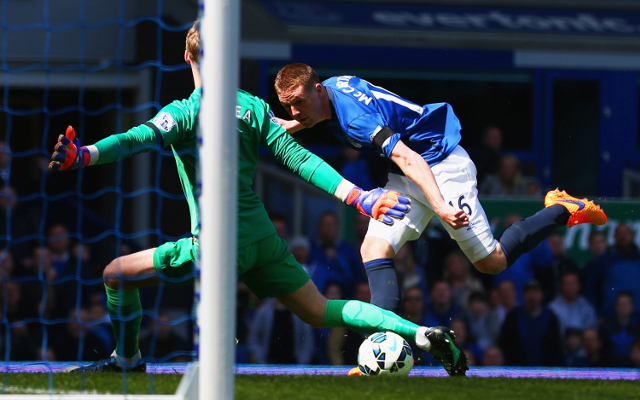 Everton took a 1-0 lead at Goodison Park only four minutes into their match against Manchester United after a counter attack caught the Red Devils back four at sixes and sevens with each other.

The goal highlights Manchester United’s need to go shopping for a world class centre back in the summer because, in the absence of Phil Jones and Marcos Rojo, they are susceptible through the middle – despite the presence of Chris Smalling after penning a new deal.

A loss for the Red Devils would put them back in fourth place following Manchester City’s 3-2 home win over Aston Villa yesterday and seven points ahead of fifth placed Liverpool, having played a game more.

On the other hand, the three points will take Everton up to 11th in the Premier League further pulling away from the bottom few sides and joining a host of teams firmly in mid-table mediocrity in the top flight as they build for next season.