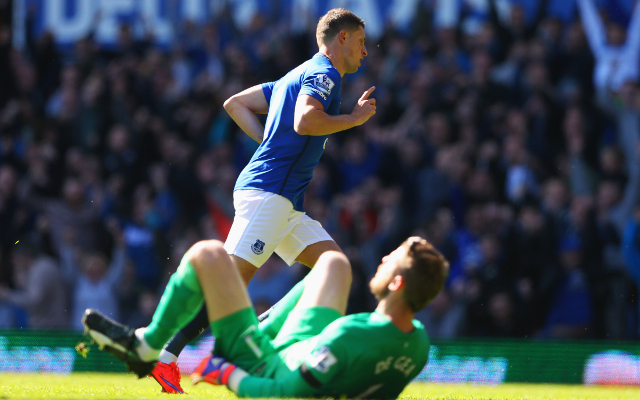 Kevin Mirallas has surely given Everton all three points with another excellently executed counter attacking goal against Manchester United at Goodison Park.

Manchester United have laboured almost every passage of play today against Everton and Louis van Gaal appears to have been out-thought by his adversary Roberto Martinez.

Everton led by two goals at half time and in response the Dutchman threw on Radamel Falcao, sacrificing former Toffees man Marouane Fellaini, but he has had little to no effect in a stunted and sluggish Red Devils performance.

Liverpool fans will be looking on in glee and holding on to their faint hopes of a Champions League spot at the end of the season.

For Everton fans though, it will be somewhat of a frustration for them to see such a performance from their side with their season all but over after a shocking start to the campaign and crashing out of the Europa League at the hands of Dynamo Kiev.