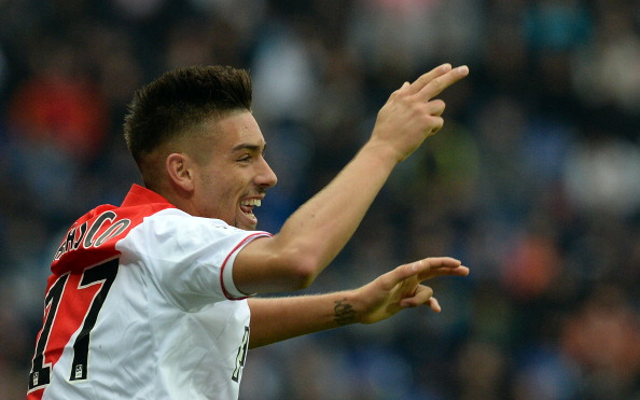 AS Monaco retook third place in the Ligue 1 table after a convincing 3-0 victory over relegation strugglers Racing Club de Lens.

Despite being eliminated from the Champions League in midweek—following a 1-0 aggregate defeat at the hands of Juventus—Monaco didn’t miss a step upon their return to domestic action.

The Monegasques headed into action against Lens knowing that, following AS Saint-Etienne’s victory over Montpellier Herault Sport Club earlier in the day, they had dropped out of the top three.

In this context, Leonardo Jardim’s side deserve great credit.

Admittedly, Lens are probably the worst side in the division, but Monaco were ruthless in their dissection of the strugglers, and secured the three points with an element of panache.

Their 3-0 victory means that Monaco have now scored three goals in each of their last four away games, it’s a terrific record and begs the question, had Jardim’s side started the season more strongly, would they be in the title mix?

They opened the scoring through Yannick Ferreira-Carrasco on the 36th minute.

The Belgian international is a class act and eluded a defender with a fine turn before firing home.

Anthony Martial scored the second, as he continues to demonstrate his improving consistency and composure in front of goal.

The youngster has often been criticised for his finishing, but he made no mistake here after going one-on-one with the keeper.

The victory was completed in the second period when Bernardo Silva—one of the outstanding individuals against Juve—scored from close range.

Monaco, in third, are only three points behind second-placed Olympique Lyonnais and two ahead of Saint-Etienne.

With only four matches to go, their fine form should be enough to see them over the line.

Lens, bottom on 26 points, are 12 points off Stade de Reims in 17th place—there is little that can save them now.