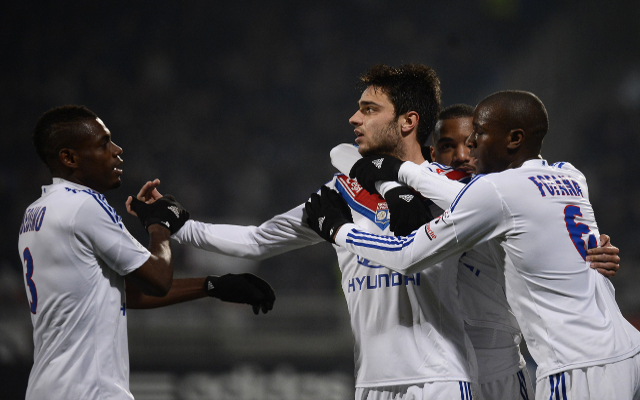 Olympique Lyonnais delivered a magnificent offensive display to secure a 4-2 victory away at Stade de Reims.

Paris Saint-Germain’s convincing triumph over LOSC Lille earlier in the weekend saw Lyon drop to second, and the pressure was on them to regain top spot with a victory over strugglers Reims.

The pressure never told as Lyon were rampant, thoroughly outclassing the home side and scoring twice inside the first six minutes.

Corentin Tolisso opened the scoring inside two minutes when he headed a Clement Grenier corner in at the back post, leaving Reims keeper Kossi Agassa stranded.

Grenier—who has only recently returned from a long-term injury—was outstanding in the heart of the park, and demonstrated just what Lyon have missed in his absence. His passing was magnificent—both short and long—and he was influential in OL’s first three goals.

For the second, he combined with Nabil Fekir before sending Clinton N’Jie darting down the right flank. The Cameroon international sent a delightful ball across goal before watching as Alex Lacazette volleyed past Agassa.

Reims pulled one back, as Alexi Peuget’s shot took a fierce deflection off Maxime Gonalons, although the goal proved to be little more than a brief test of Lyon’s character.

They restored their two-goal advantage soon afterwards when left-back Henri Bedimo burst down the left flank before sending a teasing cross over to N’Jie.

The Indomintable Lions’ tap-in was the 65th goal of the season that the magnificent trio of himself, Fekir and Lacazette have assisted or scored this season.

It’s a remarkable record. Not only were the three young forwards influential in this victory, they have also been emphatic contributors to Lyon’s superb season.

Lyon’s fourth came from a Reims player as the unfortunate veteran Mickael Tacalfred deflected the ball past his own keeper.

The Champenoix—with little to lose—surged forward, and Lyon’s outstanding stopper Anthony Lopes was forced into a number of excellent stops.

Eventually he was breached, as Gaetan Charbonnier rose at a corner to make it 4-2.

OL return to top spot, having played a game more than PSG, while Reims’ relegation concerns remain; the club remain in 17th place in the table—only one point and one place ahead of the drop zone.