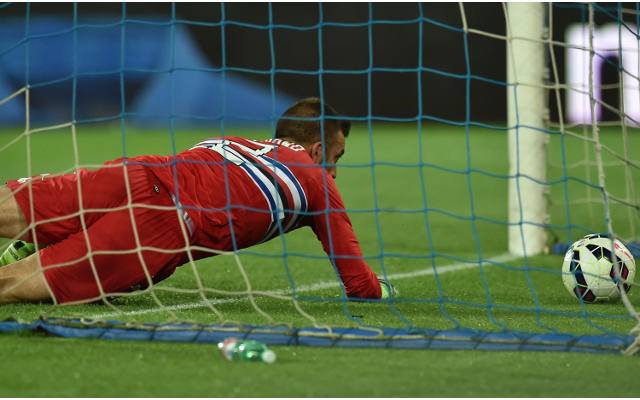 Napoli had Sampdoria’s goalkeeper Emiliano Viviano to thank, after his scarcely believable mistake allowed Manolo Gabbiadini to equalise on the half-hour mark at Stadio San Paolo.

The Serie A clash started in a lively manner, with Rafael Benitez’s men making the early openings. However, they were punished for their failure to capitalise on their chances, as the away side took a twelfth minute lead.

An excellent run down the right-hand side from Eder, resulted in the 28-year-old playing a dangerous ball across the six-yard box that Raul Albiol had to deal with, as the strikers were lurking to roll it into the empty net. However, Albiol could only do their work for them, as he put past his own keeper.

The first goal may have been a contender for the blooper reel, but it was nothing compared to the goal that levelled things up. Gabbiadini hit a tame shot from the edge of the area, and whilst it took a tiny deflection, there was no excuse for Viviano to let the ball go through his hand, and wriggle over the line. Robert Green and Adam Federici will have sympathy.

The mistake proved even more costly as Gonzalo Higuain turned the score on its head, as he put the home side in front three minutes later.